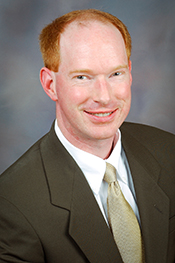 Hatcliff's research targets technologies and tools for building and verifying safety and security-critical systems. His approach emphasizes mathematical and logic-based techniques for specifying system requirements and behaviors, and for automating reasoning about the correctness, safety and security of systems.Hatcliff was one of the leaders in the early development of software model checking. Over the last 15 years his research group has continued to expand the scope of that work and his students have gone on to lead related efforts at organizations including NASA, Fujitsu and Microsoft. Hatcliff is a pioneer in the development of integrated medical systems known as medical application platforms, or MAPs. Due to the flexibility and reusable critical infrastructure provided by this approach, MAP-based systems enable rapid innovations in integrated medical systems and in customized clinical care specific to patient characteristics and needs. Hatcliff is co-editor-in-chief of the International Journal of Software Tools for Technology Transfer (STTT).From 2015 to 2019 he co-chaired the architecture requirements working group of the AAMI / UL 2800 joint committee that is developing safety standards for medical device interoperability. His current research on model-driven development and verification of high-assurance systems is funded by DARPA, the U.S. Army, and U.S. Air Force research labs, and involves close collaboration with industrial partners Collins Aerospace, a division of Raytheon, and Adventium Labs.

Hatcliff received an NSF Early CAREER Award to fund his original work in software model checking. Based on collaborations with NASA on that work, he and other K-State researchers were members of the NASA Java Pathfinder Team that received NASA's 2003 Turning Goals Into Reality Award, one of 15 awards given to NASA projects that best demonstrated progress toward NASA's mission objectives that year. Hatcliff's research group has received more than $15 million in funding from many national agencies and companies including Department of Defense, National Science Foundation, DARPA, Department of Homeland Security, NASA, National Institutes of Health, Air Force Office of Scientific Research, IBM, Rockwell Collins and Lockheed Martin. In 2010, he and his collaborators received ACM SIGSOFT's prestigious Impact Paper Award and International Conference of Software Engineering Most Influential Paper Award for their paper on the Bandera software model-checking framework. Both of these awards are given to the paper with the greatest impact on the theory and practice of software engineering in the 10 years since its publication.