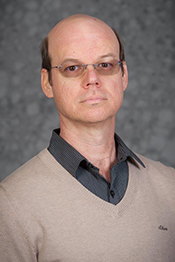 Howell’s research has focused on the computational complexity of problems related to Petri Nets, issues in self-stabilizing systems and real-time scheduling problems.

Howell has authored a textbook, 15 journal articles, and 16 refereed conference articles. As of 2016, these publications have resulted in more than 1200 citations and an H-index of 14 according to Google Scholar. Professor Howell has directed seven completed master’s theses and reports.